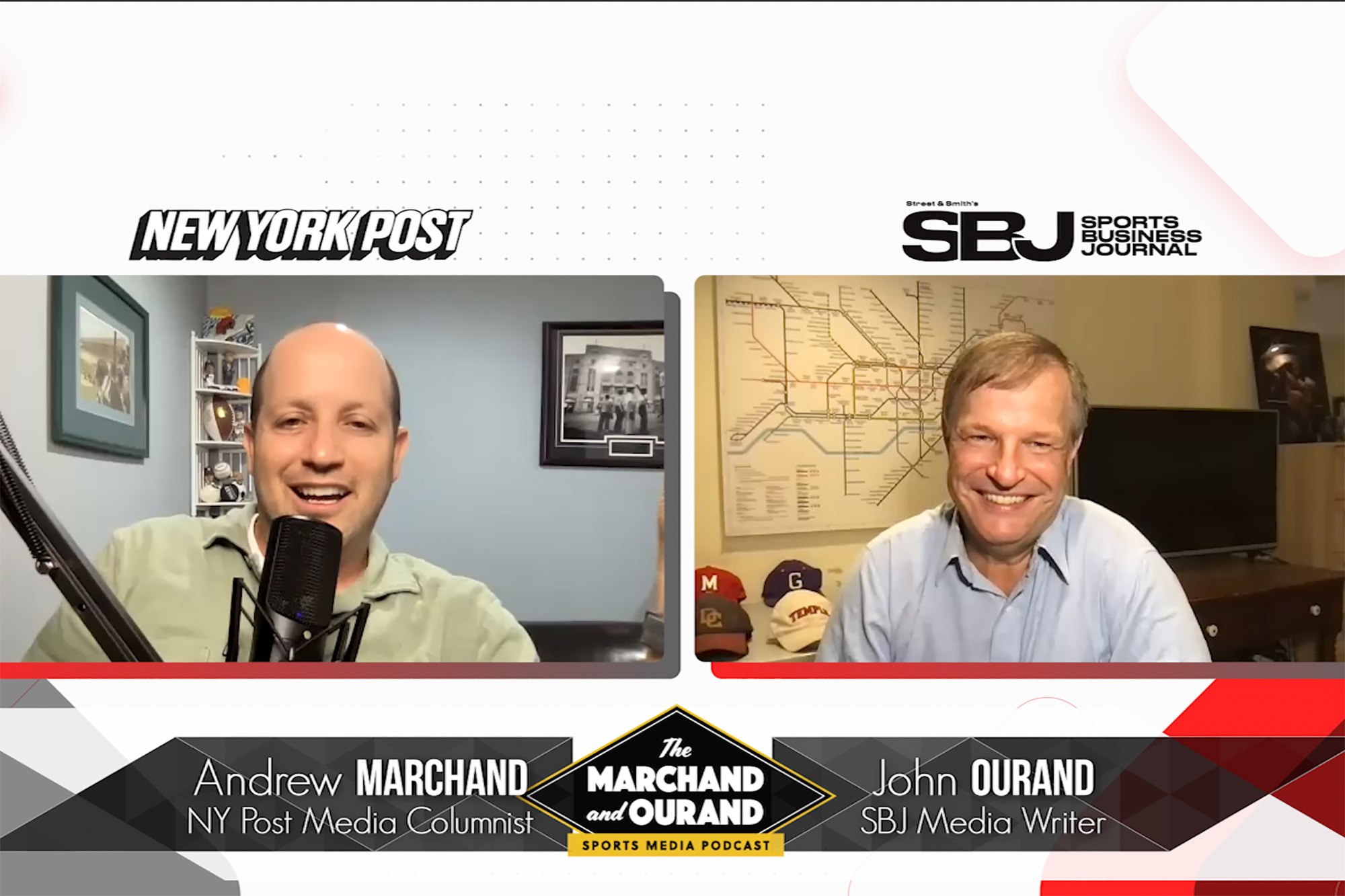 Sports media’s push to streaming dominates the first part of this week’s podcast, as Andrew Marchand and John Ourand take a deep dive into how Amazon fared during its first exclusive NFL game. Marchand and Ourand take a look at Amazon’s performance from the NBA’s perspective since that league’s media rights deals are up after the 2024-25 season. They bring up both the good and the bad with Amazon’s stream of the Chargers-Chiefs game.

Other streaming topics include the potential for AppleTV+ to carry a historic MLB game as Aaron Judge chases Roger Maris’ Yankees homerun record and discuss how a direct-to-consumer ESPN may look. College rights negotiations continue to be a big issue, as the Big 12 and Pac-12 are looking into re-doing their deals. And they tell you why Dwyane Wade is leaving TNT’s NBA telecasts this season. As always, the show has its Who’s Up/Who’s Down and Call of the Week features.