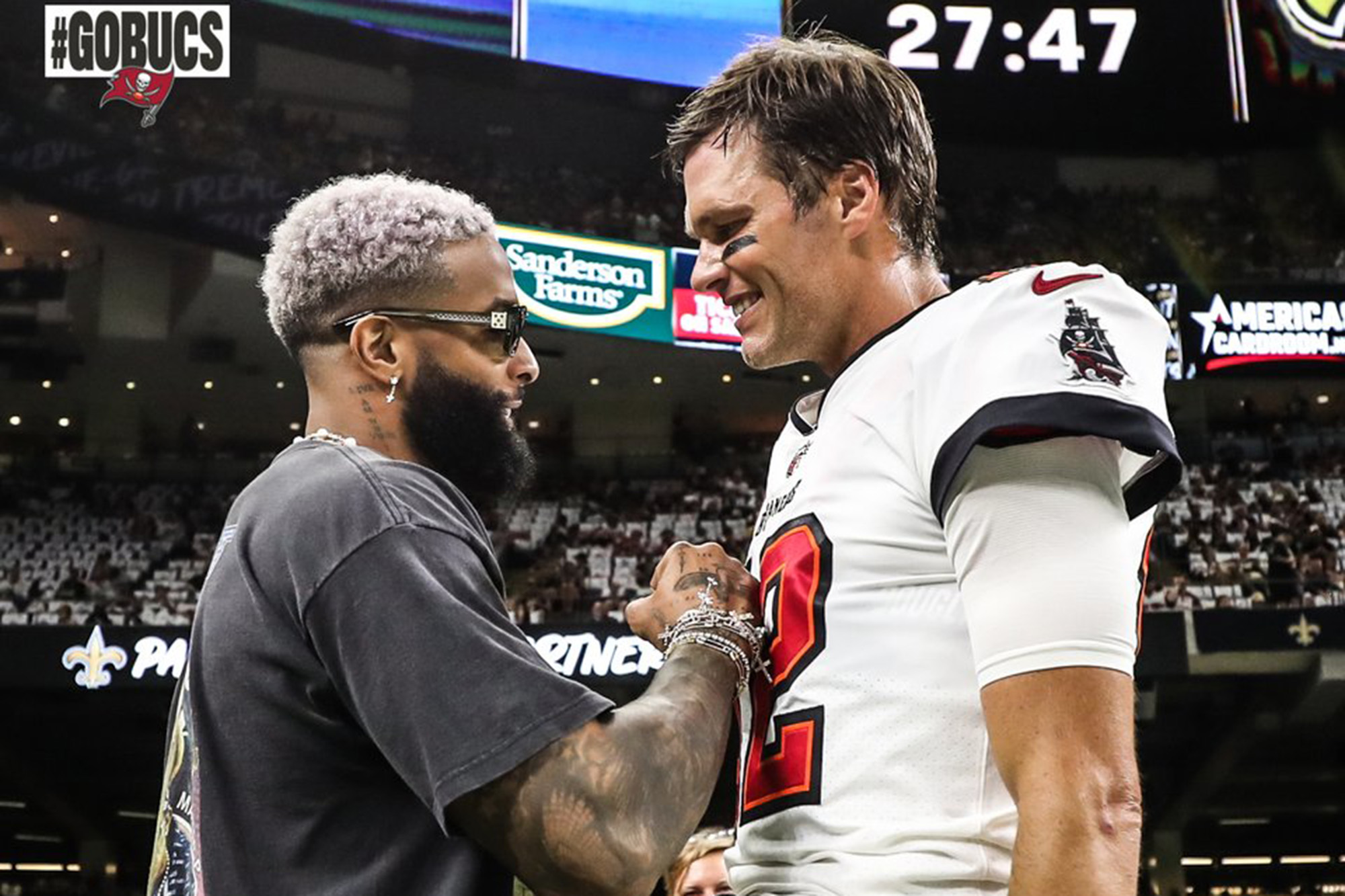 The Buccaneers’ Twitter account shared the video along with a picture of the two with the caption, “Game recognize game.”

Beckham is a Baton Rouge, Louisiana native and LSU product. He last played with the Los Angeles Rams, the team that most recently knocked Brady and the Bucs out of the playoffs in the divisional round last postseason, en route to their Super Bowl win.

Many Twitter users replied to the post with speculation about the Buccaneers potentially signing Beckham to the team. Beckham remains a free agent as he continues to recover from a torn ACL he suffered during the Super Bowl.